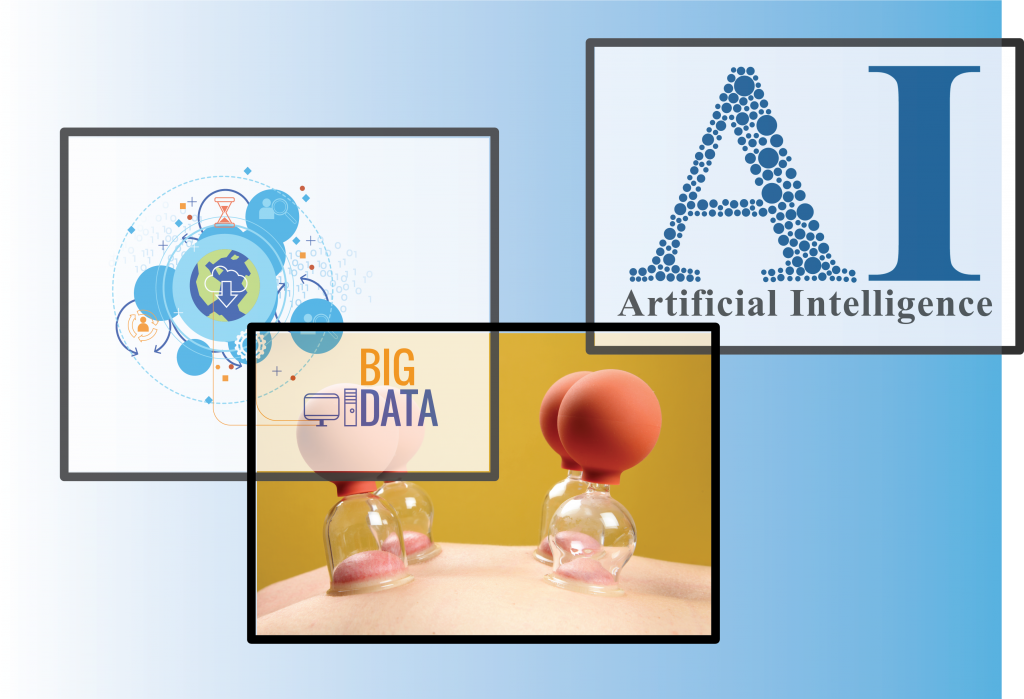 In the just-concluded Rio Olympic Games, the odd circular marks on Michael Phelps’s shoulder made just as many splashes as he did in the water. Thanks to Michael, cupping therapy, an ancient Chinese healing method, becomes a fad that every one talks about.

As a Chinese Medicine practitioner myself, I had mixed feelings. The prevailing medical opinions cast doubts on the scientific nature of cupping therapy. They tend to associate its effectiveness with nothing greater than a placebo effect. The reason is simple: there is lack of scientific literature and research rendering cupping therapy scientifically sound.

Well, “what is a science then?” you may ask. Are Cupping Therapy and other treatments from Traditional Chinese Medicine “scientific” after all?

Before diving into this topic, I would like to share a little of my background. I spent most of my academic career on the study of sciences. My undergraduate major was Physics. I got my PhD in Electrical Engineering from Stanford University. I did my fair share in the high tech adventures of Silicon Valley. It was my father’s cancer over ten years back that led me to Chinese Medicine, a discipline that I had thitherto been unfamiliar with. Benefiting from my years of scientific training, I was fortunate to become a top expert in Chinese Medicine, frequently invited to be keynote speaker at leading medical institutes and conferences in Asia. My clinical cases have attracted many patients and medical professionals to seek my opinion on hard-to-treat cases.. How did I achieve all those? Well, I will get to that at the end of this article.

“What is science?” Science is a way of approaching and understanding the world. It is a systematic study of world phenomena through observation and experiment. We observe things, ask questions, formulate hypothesis, derive testable predictions, collect data and analyze them to test the predictions. We then observe again to see how well the predicted consequences match test outcomes. Once the predictions consistently match the test outcomes, a cycle is completed. Our hypothesis becomes a principle that future hypotheses can be built upon. Over time, many more principles are established until they become a school of knowledge that can be applied to real-world problems in more general terms. Remember schools of knowledge will keep evolving as human kind unveils more and more principles about our world. This scientific approach defines “science”.

Let’s go a little deeper into the medical science. Imagine we were the very first group of scholars to study how the human body works. There are two obvious routes to tackle the mysteries. The first route is to cut a human body in halves. We study how the first halves, the upper and lower halves could possibly work with each other. We formulate hypotheses and test them. We continue cutting a half into halves until we reach the level of organs, tissues, and cells. After each cutting, more hypotheses are set forth and refined, and more experiments are done to verify. In the end, we are able to explain how they work together through our numerous observations, hypotheses, and verifications. Sounds familiar? Yes, that’s the simplified version of microscopic approach adopted by the Western Medicine science.

The second route, instead of cutting human body in halves, we observe many human bodies amid all kinds of environmental changes and record the interactions over a long period of time. For example, when wind blows, snivel comes out of the noses. When human suffer from long-term insomnia, their faces turn pale and reflect less light. The bleeding body wounds with edema condition tend to heal slower. After we observe millions, billions, trillions of phenomena, we start to see “correlations”. With these correlations, we form hypotheses, verify them against further observations under more specific settings, and solidify them into principles, as all other schools of sciences would do. With “verified principles”, we build “models” on how human body works. Of course, it would take many iterations to make these models applicable to general population. This second route is exactly how the Chinese Medicine came into shape. But “wait”, you may ask, “isn’t it called Big Data?” Precisely. Chinese Medicine might be the earliest form of Big Data, and might as well be the most comprehensive form of Big Data! It not only has the theoretical models, but also encompasses the treatment methods that have been working for centuries.

The fledgling efforts by a few technology tycoons share great similarities with the second macroscopic method that the Chinese Medicine was rooted in. They try to rebuild our entire medical knowledge from the ground up. The idea is to collect every single aspect about a person’s life, from gene, medical records, places visited, food taken, to even movies watched. Data are collected and analyzed at a massive scale. Giant computers are set up to find correlations and build a model on how human body works. Well, it might not be too off to say that they will likely end up with rediscovering the school of knowledge called Chinese Medicine!

The first one resembles what those technology tycoons are promoting: collect lots of data about one person, but instead of “everything”, we collect those items utilized by Chinese Medicine. To name a few: appetite, water intake, perspiration, temperatures at various body points, bowel movement, urination, sleeping pattern, pain, emotional feeling, and etc. Of course, it’s more complicated than you might think. Take “headache” for example. In Chinese Medicine, the exact location, timing, and pattern of one’s “headache” matter a lot. Headache in the morning is different from headache in the evening. Migraine on your right side is different from migraine on the left. It’s far more “detailed” than taking Tylenols as universal panacea for all headaches! Anyway, we can collect those “relevant” data and feed into Big Data’s blind correlation searches. I am confident that the result revealed would be very close to what Chinese Medicine has been telling us for centuries. For example, one recent research indicates that depressed individuals are at higher risk for lung cancers. In Chinese Medicine 101, lungs and worries are also highly correlated. In addition, anger is related to Liver, happiness to Heart, racing thoughts to Spleen, and fear to Kidneys. Of course, the “human body models” of Chinese Medicine are far more complicated than this. There will be tons of research papers waiting to be published.

The second one is to do the opposite. Let’s take the face value of all empirical summary of those Chinese Medicine literatures recognized by frontline practitioners. We build an artificial intelligence system with that knowledge fed in, and test it against real clinical cases. Of course, the pace of rolling out the system is a key factor to ensure a successful implementation. It needs to be done step by step to gain confidence in real treatments.

When we approach Chinese Medicine from the both ends as discussed above, we will start to appreciate how scientific Chinese Medicine is. The potential benefit is far beyond the “scientific interest”. According to the National Health Expenditure Data, U.S. health spending accounted for 17.5% of the nation’s GDP, reaching $3.0 trillion or $9,523 per person in 2014. While well-intentioned, Obama Care will likely bankrupt the whole healthcare system before the health of general public turns better. Chinese Medicine is well known for preventative care and personalized medicine at an affordable cost. With supports of Big Data and Artificial Intelligence researches, we can scale up the applications and utilization of Chinese Medicine and integrate it into our healthcare system. It will help to bring down the cost of our healthcare system. Then, there might be a chance for Obama Care to succeed.

Back to my own story. Why did I transform myself from a high-tech entrepreneur and investor to a Chinese Medicine practitioner? While I was like everyone else in the Silicon Valley looking into next big trends in technology, my father got liver cancer. Without hesitation, we jumped onto Western Medicine treatments with all the leverages in our family. The more my father was treated, the worse his condition got. That pushed me into hours of burying myself in medical books and journals seeking possible cure for my father. What I found out shocked me — a number of research papers from leading medical institutes including Stanford Medical School proved many standard Western Medicine treatment useless or even harmful to patients on prevailing diseases.

Since I grew up in Taiwan, it was natural to turn to Chinese Medicine out of desperation. Fate led me to a titan in Chinese Medicine who had thousands of students around the globe, including leading experts in Western Medicine and distinguished members of US National Academy of Sciences and Engineering, Chinese Academy of Sciences (China), and Academia Sinica (Taiwan). A few years later, I served as a Visiting Scholar at Stanford helping medical device projects in my spare time. I discussed my father’s case in hindsight with several Western Medicine professors and doctors in Stanford Medical School and Stanford Center of Integrative Medicine. Guess what? They highly recommended Chinese Medicine to me. In their own words, they told me “Western Medicine couldn’t have saved your dad. He would have had a better chance with Chinese Medicine”. I know it’s controversial. But that’s truly what they told me.

In short, a person with a scientific mind should be open to Chinese Medicine or even spend time understanding it. It would be very beneficial to our healthcare system if more resources were invested into it. Very soon, many Olympics athletes will use cupping, acupuncture, herbs, and other Chinese Medicine methods to treat ailments and enhance performance, so much so that the International Olympics Committee will ban all those methods for being unfair to those few who don’t use them!

If you’d like to discuss with me, please write to andy.lee@alumni.stanford.edu.

P.S. No, my father didn’t live. The idea of trying Chinese Medicine was rejected by the family until the Western Medicine doctors couldn’t do any more treatment and finally gave up on my father. Those family members and friends with less scientific training tended to insist more that Chinese Medicine wasn’t scientific. How ironic! But, with the help of Chinese Medicine in his last few months, my father lived longer than his oncologists predicted. More importantly, he lived very comfortably to the end without much pain. He passed away peacefully in his sleep. It’s a “miracle” to many Western Medicine experts, since almost all patients of similar liver cancer conditions under Western Medicine treatments suffered a great amount of pain that couldn’t be reduced much even by the maximal dosage of morphine. My father’s ending was much more humane, as I was told by them…. It’s exactly 10 years since my father passed away. This article is dedicated to him.