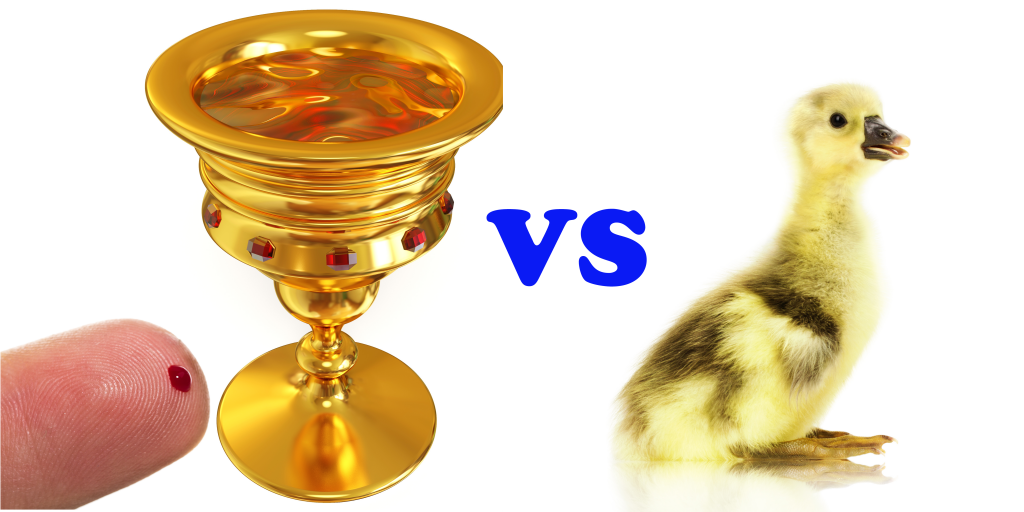 A young Stanford dropout, Elizabeth Holmes, spent her last 10 years fulfilling her ambition of developing an easier way for blood testing. Her company, Thenaros, claimed to have developed a blood-testing device using only a few drops of finger-pricked blood samples to test more than 200 items at 1/10 of traditional costs. The company raised more than $400 million dollars from investors with a lofty $9 billion valuation in its heyday. While widely acclaimed, the company started to crumble following a revelation from the Wall Street Journal in October 2015, raising concerns over the company’s core technology and internal operations. The allegations finally led to various investigations into the company. On October 5th, 2016, Theranos announced a dramatic retreat from the blood testing market, cutting 40% of its workforce and shutting down facilities. The fancy story hit the ground very badly.

Here comes the most puzzling part. Theranos has yet to publish any peer-reviewed studies citing that it needs to closely guard its trade secret. Among all its claimed test items, its herpes test is the only one that received FDA clearance. Why didn’t any of the investors do their due diligence validating the company’s technology before putting money into it? Why did the public media honor Ms. Holmes and the company without a reasonable doubt? Why didn’t any member of the company’s “all-star” board wonder what they were really doing? It is unbelievable that nobody ever questioned about it before the mirage itself became too good to be true.

Why? Besides Ms. Holmes’s personal charm and the political power behind the company, our longing for the Holy Grail renders us vulnerable to the fantasies that there is a simple elegant solution for the biggest problems of the universe. Let it be “DNA modifications”, “micro robot inside blood vessels”, or Theranos’s blood test at super low costs. As long as you promise to deliver the Holy Grail, investors would rush to shovel money to your front door, and the media would go crazy about you. After all, you are the next savior of the world, aren’t you? Unfortunately, all the promises on the Holy Grail in the past didn’t work out. They were like shooting stars, streaking brightly across the sky, only to disappear in its short-lived glory. These companies rise up suddenly before any clinically proven result could be delivered and then they vanish even more quickly when people realized it is another false promise. Despite all this, the quest for the Holy Grail never ends. One story gets replaced by another over and over again.

On the other side of the world, there is a strikingly different reality in front of us: no fancy buzzwords nor any likelihood of the Nobel Prize. With so many successful clinical results on the diseases that are considered cureless in modern medicine, and with so many visible and undeniable signs of improvements and recoveries, the mainstream say that it’s not scientific, and they turn their backs to it. Even when they have to face this reality, they say that it’s one out of million chances of  “human body self healing itself”. It is the fate of Ugly Duckling. Even though the Ugly Duckling can swim and fly, nobody wants to look at it.

The Ugly Duckling exemplifies the ancient wisdom of Chinese Medicine: macroscopic diagnosis, herbal remedy, acupuncture, and many other treatment methods. Well, did you just say “crap” and want to skip all of the rest of this article? That’s exactly why I called it Ugly Duckling. No matter how many successful cases Chinese Medicine experts present, the first response of many is an immediate discount to the effectiveness of Chinese Medicine or even a complete denial of it once hearing the name of “Chinese Medicine”. I do not intend to argue in this article if Chinese Medicine is scientific. (It is, by the way.) The simple fact is that, scientific or not, there are many successful treatments in Chinese Medicine beyond what modern medicine can explain. The statistic data are far more compelling than just “one out of million chances” of human body self healing itself. Why can’t we give this discipline the justice it deserves? Isn’t it much easier to start from something already working in the clinical treatments than a fancy buzzword that won’t even be ready for human trials in many years to come?